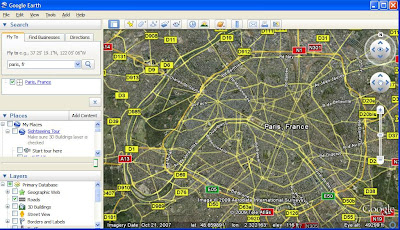 The team over at Google has released a speedier version of their popular Google Earth application. From our tests here, we did notice some welcome speed increases in rendering the map tiles when you zoom in and out and change views. Also, start up time did seem reduced compared to version 5.0. Additionally, Google has sped up the rendering of 3D models within Google Earth. Of course, since RavTrack’s AVL solutions support open formats such as KML, this means that Google Earth is now faster while rendering KML for display with a map overlay. For more information on using RavTrack AVL with Google Earth check out our recent announcement.

From the Google Lat Long blog:

We’ve made a lot of adjustments under the hood, like improving memory utilization so we can show more buildings, layers, and user content. We improved our shaders (that’s graphics-speak for small programs that run inside your graphics processor) to make the atmosphere draw faster. We also worked to reduce stuttering (known as frame drops) to provide an even smoother experience as you fly around the globe. When we draw imagery, we now use compression technology to use less memory and graphics resources. We know that waiting for a program to start-up can be really frustrating, so we improved our start-up time by 25%. In our Google Earth API (which allows developers to include Google Earth right in their websites), we have made API calls significantly faster, which means that our developers can now do even more.